A year’s worth of stewardship work at Greenbelt takes on many forms – public access improvements, trail upgrades, conservation restriction monitoring, event support and last but not least, the beloved Osprey Program.

It all starts on the land we own. With every Greenbelt reservation, new or existing, comes the responsibility for the Stewardship Department to create parking areas, add or improve trails and signage, then complete ongoing maintenance to insure our properties are open to the public for outdoor recreation. 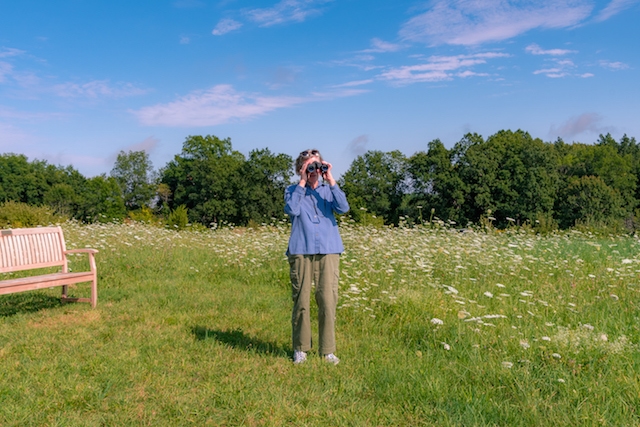 In 2019, Stewardship also focused on making many of our reservations more accessible by adding new trails, some focused on visitors with a range of mobilities.

At the Castle Neck River Reservation in Ipswich, months before the official opening, Greenbelt’s stewardship staff was hard at work preparing this property for the public, including designing a new parking area and an all-access trail.

After an abandoned building was removed, the Stewardship crew had the parking area constructed, fencing installed, signage implemented and a new all-access trail built that all visitors can enjoy. The path leads to a bench at the top of a small knoll, where visitors can pause to take in the expansive view or continue on to the one-mile Greenough trail loop.

At Seine Field in Gloucester, named for fishermen’s nets that are occasionally spread out to dry and repair, Greenbelt received a Community Preservation Committee grant to improve a popular existing trail into an all-access trail. This new trail is one of several stops now available on the Cape Ann Transportation Authorities’ regular route in Gloucester.

The new Mehaffey Farm Trail in Rowley also opened to the public in 2019. This trail is a cooperative effort between Greenbelt and the town of Rowley and leads to state forest land by crossing a private portion of the farm.

Walking from the parking area to the newly constructed and secluded woodland trail, a hiker is likely to hear only their own footsteps and the songs of birds.

The Mehaffey Farm Trail meanders through a mature hardwood forest with views over a spectacular wetland and beaver pond, and connects to trails on the adjacent Willowdale and Cleveland Farm State Forests. 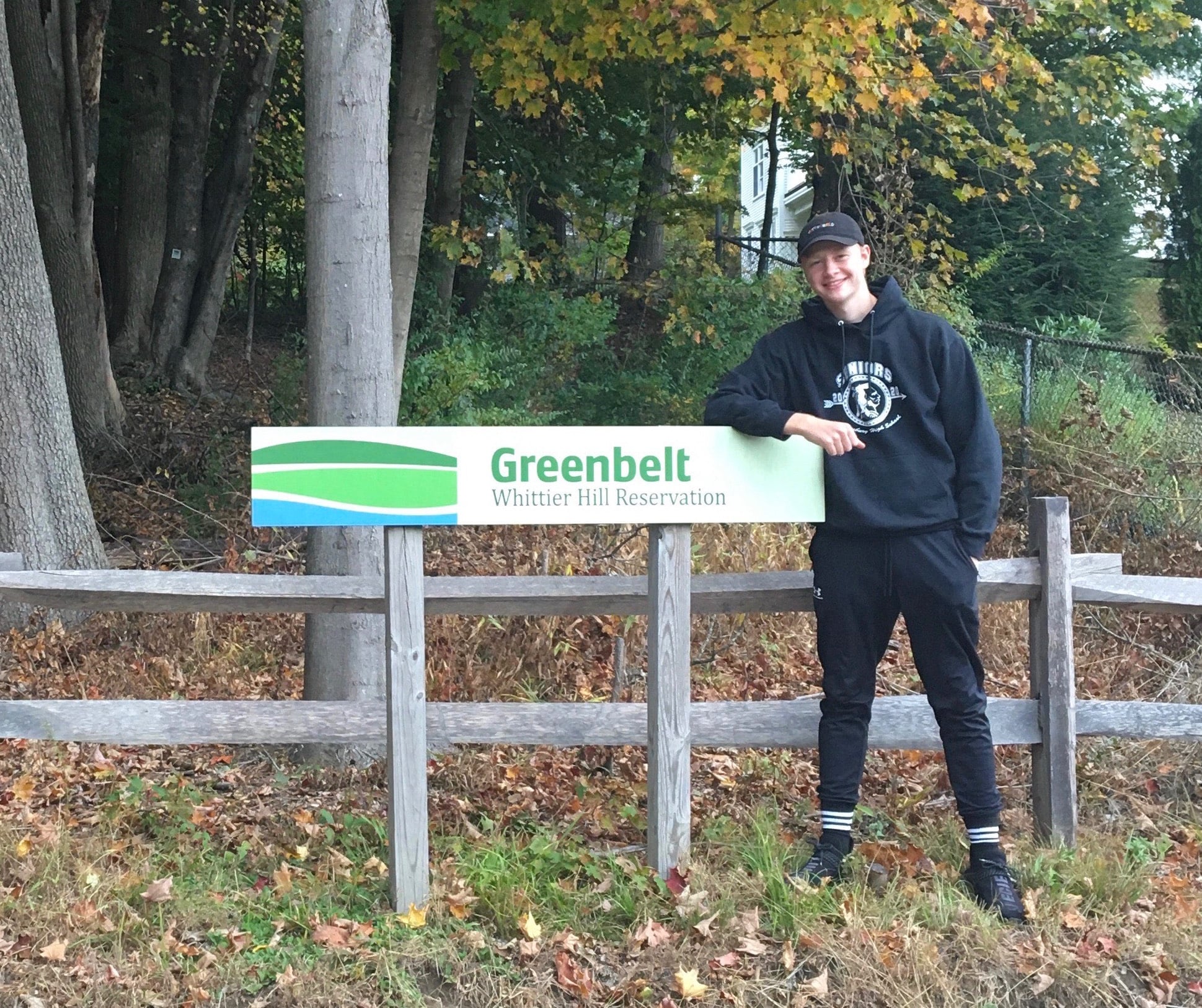 At Greenbelt’s Whittier Hill Reservation in Amesbury, a new section of trail was added, through the leadership of an Eagle Scout, for hikers making their way to take in the spectacular views of the bucolic hills and valley below.

Before the work of Matt Freeman, of Troop 4 in Amesbury, a one-way trail through towering oaks and white pines led walkers to the ridge line at the top of Whittier Hill.

Mike Carbone, Greenbelt’s Assistant Director of Land Stewardship, worked with Matt to lay out the new loop trail and flag it. In mid-August, Matt, his family, and other members of Troop 4 spent two days clearing the trail.

At Woodland Acres in Rockport, remnants of the Massachusetts sheep industry abandoned in the 1800s can be observed in the numerous stonewalls running through the woods. Hikers on the loop trail cleared by the Stewardship Department can now observe vernal pools, pitch pine regeneration and its geological formations. The trail work was done on what are remnants of subdivision roads that were created in the 1990s when permits were granted for homes that were never built.

At the Donibristle Reservation in Topsfield, the Stewardship Department completed a new parking area and trail work in time for its Spring public opening.

Conservation restrictions on land owned by others is a major way Greenbelt protects land and the stewardship department makes over 150 site visits per year to monitor these sites and ensure compliance with the conservation values being protected.

Greenbelt events like Art in the Barn and Tour de Greenbelt require the full attention of the stewardship staff - often quietly behind the scenes - before, during and after each event. 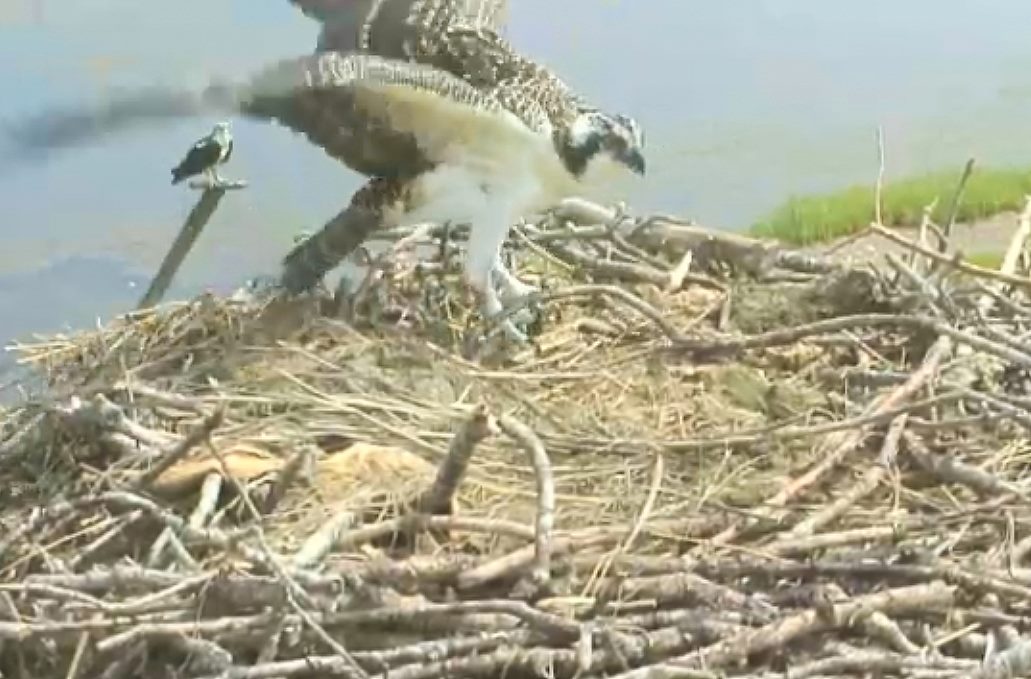 Greenbelt’s Osprey Program is managed by the Stewardship Department on top of all their other responsibilities, and this decade-plus-long program managed another wildly successful season.

Those viewers watched as Annie and Squam nurtured the young raptor until River grew and took its first flight after about two months, launching airborne to learn to hunt and fish, and eventually migrate south.