Mehaffey Farm was founded in 1826, when the family first purchased what was then a 300-acre farm. The original owners were among the first settlers of the Town of Rowley. Seven generations later, Bill and Maggie Mehaffey cultivate sustainably-grown fruit, vegetables and grains to sell to area residents and restaurants.

During the Great Depression, the Mehaffey Farm freely provided food to Rowley residents in need. Today, students interested in a farming future intern there.

Fractured family ownership, high land values and development pressure meant that without a conservation option, this farm, like so many others, would have been lost to development.

In 2015, the Mehaffeys reached out to Greenbelt to seek help with acquiring the farm from far-away family members with whom they shared ownership. Greenbelt proposed an approach that would not only help the Mehaffeys obtain sole possession of the farm, but ensure that the land remained forever preserved for farming and open space with a trail open to the public.

In phase one, the Massachusetts Department of Conservation and Recreation acquired approximately 53 acres of forestland from the family. In phase two, a successful fundraising campaign completed in 2018, led by Greenbelt, then insured that the farmland and public access trail would be forever preserved through a conservation restriction.

The public trail now leads visitors on a spectacular walk to the adjoining Willowdale State Forest and open wetlands where Blue Herons live.

If we don't save the open space we have now, we're not going to have any place to farm.  They are not tearing down houses to put fields in. 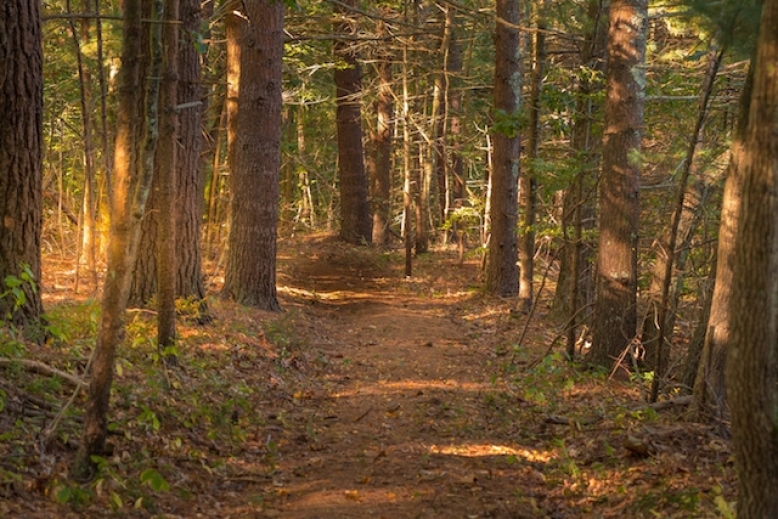