Greenbelt traces our history to 1961, when local residents Jack Peirce, Henry Sawyer and Stephen Maddock came together to save Boxford’s Bald Hill from development. Today, we manage the conservation of over 17,500 acres from our headquarters at the Allyn Cox Reservation in Essex.

Located along Route 133, the Cox Reservation includes 27 acres of fields, salt marsh and trails along the Essex River. The farmhouse that houses our offices was built circa 1785 by William Burnham and the Studio Barn was constructed in 1863. The lands that comprise Cox Reservation have a long history. Native Americans seasonally occupied the land until European settlers arrived in the early seventeenth century. The original road from Ipswich to Gloucester, laid out in 1635, passes through the property. The Cox Reservation was also part of the School Farm, which was established in 1650 to support the first grammar school of Ipswich. Noted muralist Allyn Cox purchased the property as a summer home and used an 1863 barn as his studio. In 1974, Cox donated the property to Greenbelt.

Greenbelt’s headquarters building underwent expansion and renovation, gaining a gold-level LEED certification rating by the U.S. Green Building Council for its leadership in Energy and Environmental Design. Working with the firm Allsopp Design many green features were introduced, improving the building's aesthetics and our productivity, while also reducing our ongoing energy requirements. 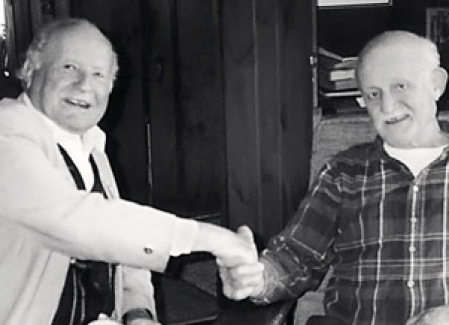 With a special emphasis on creating “greenbelts,” or natural corridors that link large tracts of land, Greenbelt’s sole mission is conserving the farmland, wildlife habitat, and scenic landscapes in Essex County, Massachusetts.

Learn About What We Do

Stay informed about our environmentally sensitive building design and practices