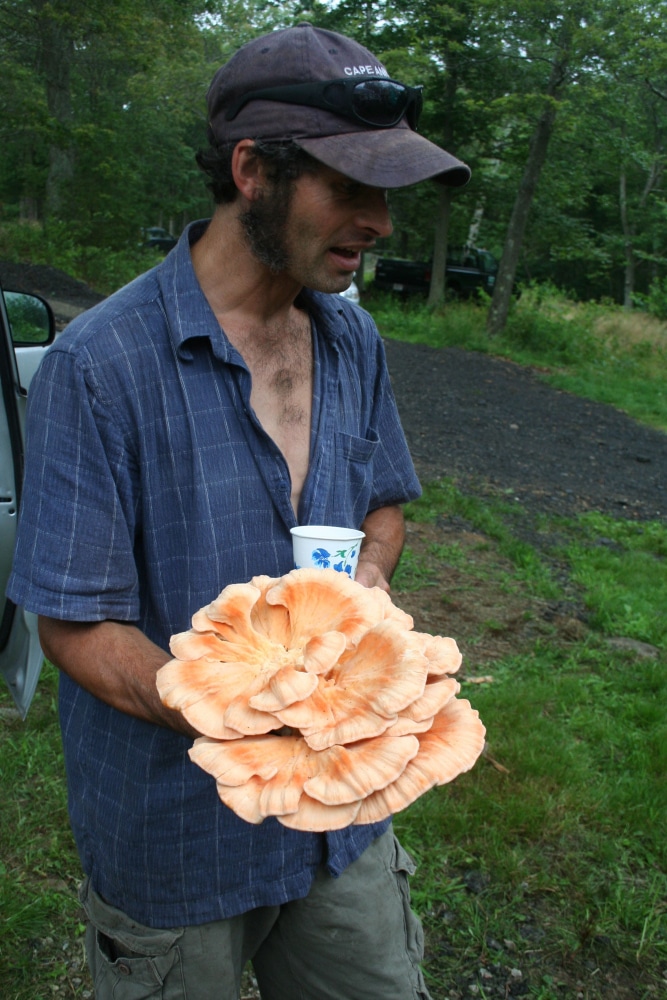 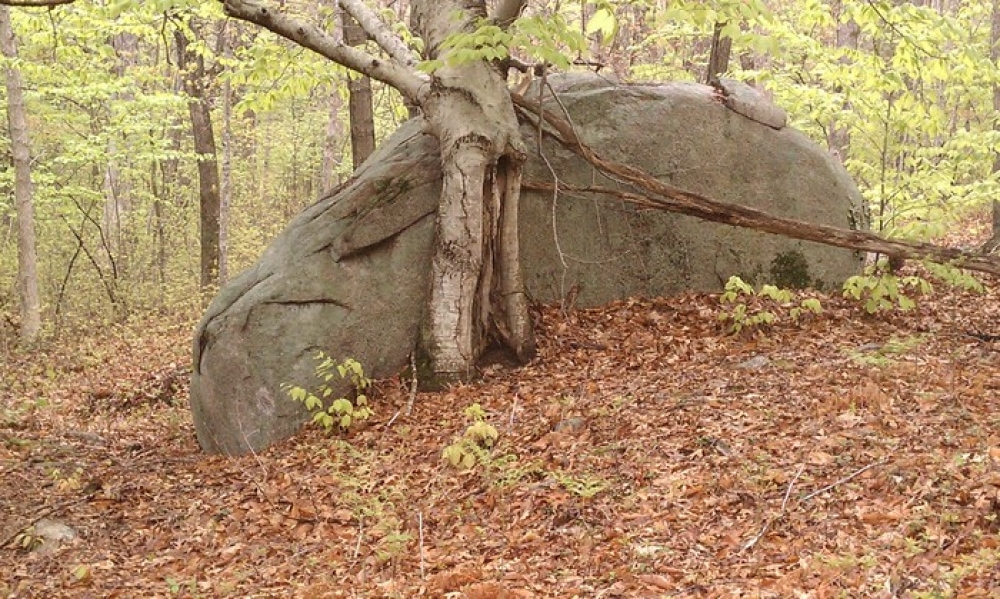 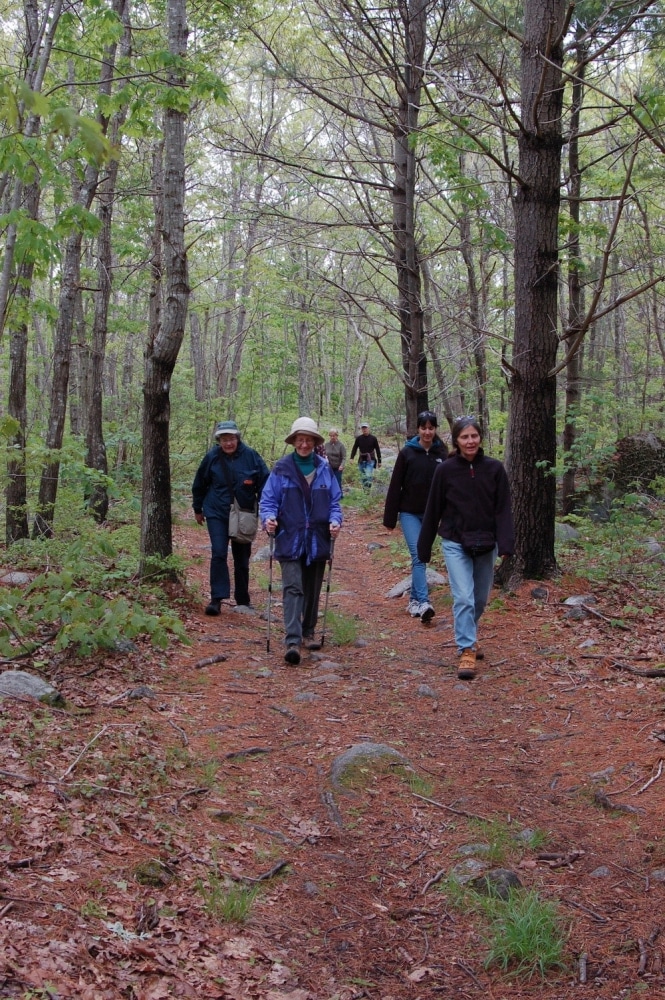 Natti Woodland is a gently rolling, wooded parcel sprinkled with glacial erratic boulders, dropping down into an extensive wetland system along its southern border. While the property was previously used as pastureland and for small-scale granite quarrying, its recent natural history has been as a successional hard and softwood forest.

Natti Woodland is part of Dogtown, Cape Ann’s watershed, which began as a treeless glacial heath strewn with boulders known as “glacial erratics.” The boulder known as “Dragon Rock” likely was modified by ancient Indigenous People to resemble a snake’s head, a common motif in Algonquian effigy stones.

Modified glacial erratics representing spirit world entities survive in undeveloped landscapes throughout New England. English colonists harvested the trees in Dogtown and turned the land into pasturage, which then became overgrazed and returned to its original treeless state. The trees in the Dogtown woodlands today have been growing here for less than a hundred years, but the rocks have been where they are for more than 10,000 years when the last Ice Age ended.

The trails connect to Dogtown Common.

The property has significant natural resources, and is identified by the Massachusetts Natural Heritage and Endangered Species program as Core Habitat and Critical Natural Landscape.

From Route 128/Grant Circle: Take Washington St./Route 127 North for 3.6 miles through Annisquam toward Rockport, then go right on Quarry Street opposite Hodgkin’s Cove, then follow Quarry Street 0.7 miles to the end to parking area on left.

Main St./Broadway/Railroad Ave. take 127 East through Lanesville for 5 miles, then go left on Quarry Street opposite Hodgkin’s Cove, then follow Quarry Street 0.7 miles to the end to parking area on left.

Parking is available September through May, it is closed June through August. A small, marked parking area is can be found on the left as you enter the property. Follow trail markers around private property to the Natti Woodland Trail head.