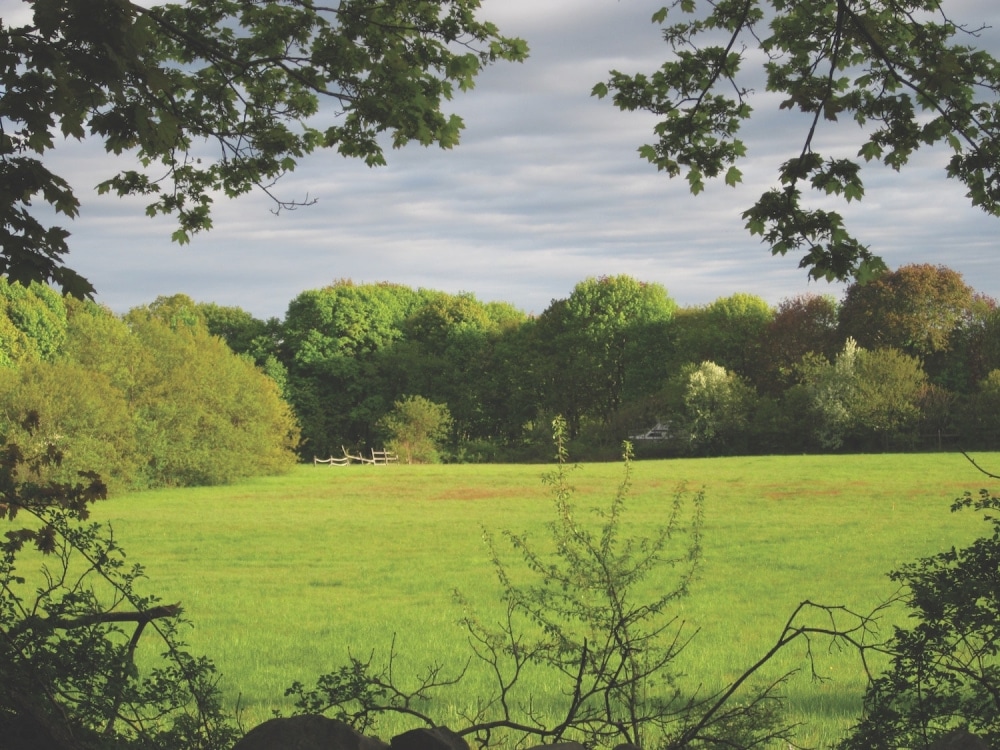 Newman Farm Meadow and the abutting Newbury Lower Green are steeped in hundreds of years of local history. The Newman Farm Meadow, conserved in the face of encroaching development, consists of old field and pastureland. The open field is proximate to other tracts of conserved land, including Old Town Hill Reservation across Newman Road.

When the English settlers arrived in Newbury via Ipswich and the Parker River, they found Pawtucket settlements, including an agricultural village they referred to as “Quascacunquen” (Kwaskwaikikwen), called Old Town today.

The Indigenous name does not refer to a “waterfall”, as is commonly claimed, but means “Best place to plant [corn]”.

John Endicott Jr. first bought land at waterfalls on rivers in Essex County, including the upper Parker River, from the Sagamore Masconomet. Falls were important as sites for colonists' first woolen mills, sawmills, and gristmills.

The Pawtucket family living at the falls at Byfield was headed by Pumpasanoway (also knowns as “Old Will), who had several other landholdings and residences in Oulde Newbury. Pumpasanoway and his heirs sold parcels to colonists, such as Richard Dummer and Henry Sewall, for their farms.

Given its extraordinary historical significance, the Lower Green and its surrounding pastoral landscape was listed in 2010 by Preservation Massachusetts as one of the state's 10 most threatened historic sites.

Parking is limited to street side along the access road behind the Newbury Lower green, in front of the stone wall.