Conserving Land, Preserving the Past

Donibristle Farm was the original country estate of renowned historian James Duncan Phillips. Built by Phillips in 1911, Donibristle was one of several comfortable “country seats” built in Topsfield by wealthy Salem shipping magnates. While the original 110-acre estate had become smaller a century later, the scale and feel of the now 44-acre property remained intact and very much a part of the rural character of scenic southern Topsfield.

When the owners decided to sell the property in 2015, they explored a range of options available to them, including conserving the land. Another consideration was development, and they successfully gained approval from the Topsfield Planning board to build 19 new homes on the property.

When a grassroots community effort was initiated in 2016 to protect Donibristle, a picturesque and significant heritage landscape, Greenbelt partnered with its organizers and the landowners to create an opportunity for land conservation to flourish.

Abutting neighbor Martha Sanders realized what was at stake if the farm, with its mature oaks and wide, rambling trails, was lost forever to development. Sanders immediately took action and led a group of community organizers to come together to protect the property for public access.

Sanders and other concerned citizens reached out to Greenbelt to assist in creating a conservation solution that would satisfy the needs of both the landowners and the community.

Working in partnership with the Topsfield citizen group, Greenbelt secured an agreement with the landowners to acquire the 44 acres outright and a 2-acre conservation restriction for $900,000. To raise the funds needed, community organizers paved the way for a ballot initiative to vote on municipal spending for the project, while Greenbelt launched a community fundraising effort and applied for a state grant.

Ultimately, Greenbelt’s community campaign raised $400,000 for the project, and Topsfield citizens voted to approve spending up to $500,000 in municipal funds to protect the land. A few months later, the state LAND grant was awarded for $400,000, reducing the town’s commitment to $100,00.

The protection of the Donibristle Reservation in 2017 marked a meaningful milestone in Topsfield, as it represented the first time in the town’s history that residents voted to use municipal funds for land conservation.

Greenbelt now manages the property and the town holds a conservation restriction. Today, there is public access to this lovely forested landscape with a network of trails connecting to adjoining land for walking, trail running, biking, horseback riding, snow shoeing and cross-country skiing.

I think that what we all realize is that it’s a one-time payment…and it really is a gift for the town now and for the future generations. 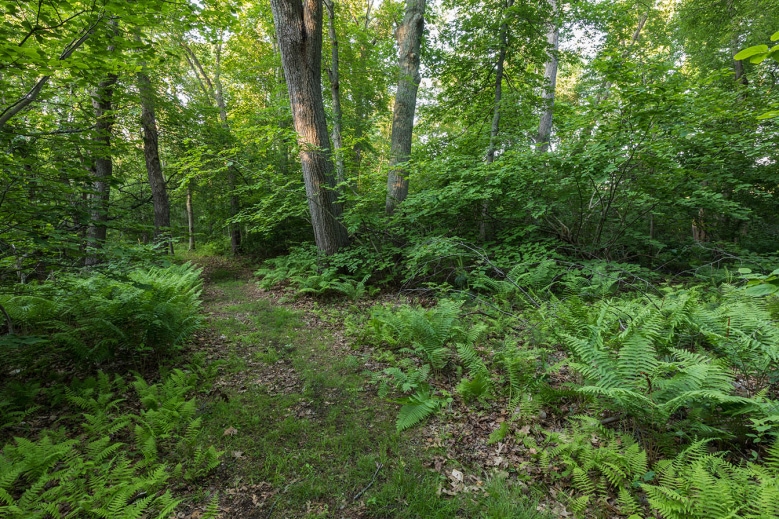