< Back to Osprey Blog

Osprey Program director Dave Rimmer has been busy in late June and July banding Osprey Chicks at nests in Rowley, Ipswich and Essex with help from other Greenbelt staff and volunteers. To date, 17 chicks have been banded. Banding data is compiled by the US Fish and Wildlife Service and used to better understand survival rates and movements. 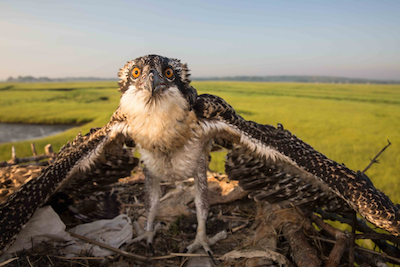 A 5-week old Osprey chick at a nest in Ipswich just after it was banded on its lower right leg. They typically fly at 6-7 weeks old.