Backyard Birding: What to Expect Now at a Feeder

Despite its relatively small size, Massachusetts is home to roughly 300 different species of birds each year. Some are migrants, others year-around residents.

(Click the links to see photos of the birds.) 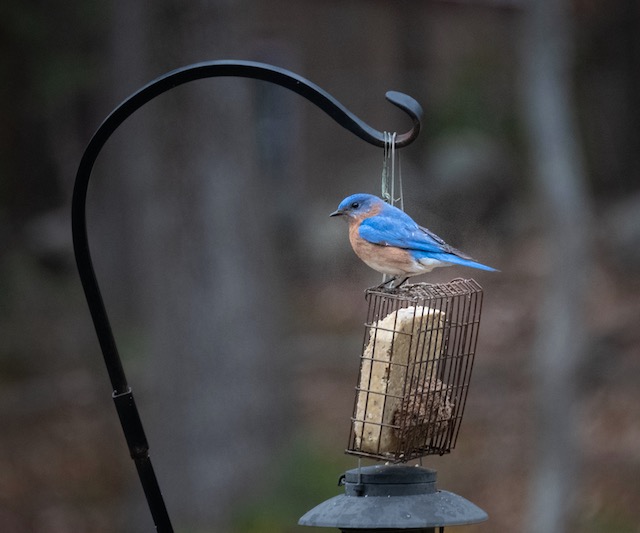 Every walk in nature or every look outside a window to a back yard is an opportunity to see Purple Finch, Pileated Woodpecker, Eastern Bluebird, among the hundreds of birds in the state.

For serious birdwatchers, MassAudubon reported this week that sightings in Ipswich included four Northern Shovelers and a Eurasian Wigeon. A Eurasian Green-winged Teal was seen at Plum Island. There was a Sora in Lynnfield, and a Common Murre in Rockport.

Serious bird counts were not done in Massachusetts until the 1960s, according to MassAudubon.

“In the more than 40 years since MassAudubon began asking Massachusetts residents to report their observations, much has changed in the bird and birding landscape: More species characteristic of southern climates have expanded into the state, such as Carolina Wren and Red-bellied Woodpecker,” it writes.

Bird houses or nests can help attract some species to your back yard. While some birds build nests on tree branches or shrubs, others seek an enclosure.

“What type of bird you want to attract will determine where you place a birdhouse,” MassAudubon reports. “For example, bluebirds will use houses in open fields; chickadees, titmice, and nuthatches all like the open woods and edges; woodpeckers like forest openings and edges. For more details, download their nesting chart.

- Birdhouses should be made of wood. Not only is wood durable, but it's porous enough to allow moisture and heat to escape during the summer, which keeps the young birds from getting too hot inside. Metal and plastic can get too hot, which can cause harm to the birds.

- Resist the urge to get creative. Birds avoid bright, unnatural colors since they are too obvious to predators. Use natural, unpainted wood and stain the outside with a natural wood preservative such as linseed oil.

- Stay away from any birdhouse with a perch. Birds don't need them, and they only make it easier for predators or unwanted birds to get in.

The best time to put up a new birdhouse is in late winter or very early spring so that birds will have plenty of time to “house hunt” before the breeding season.